Checking In On The Gowanus Whole Foods Site 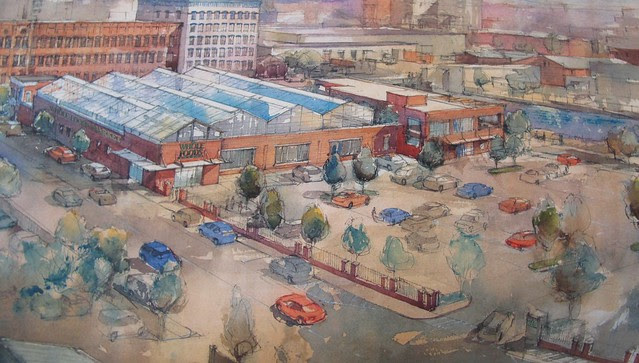 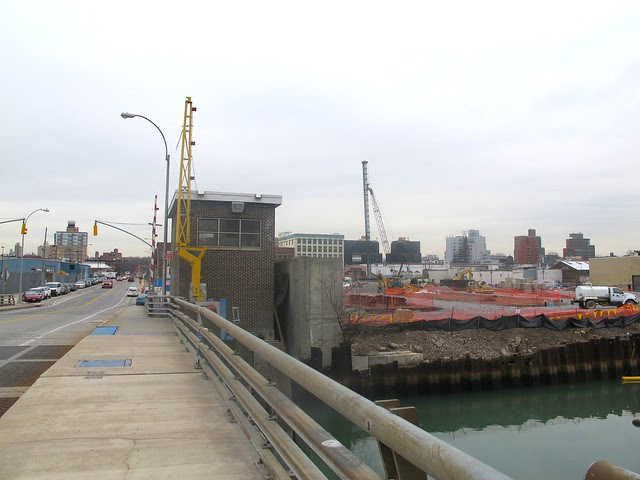 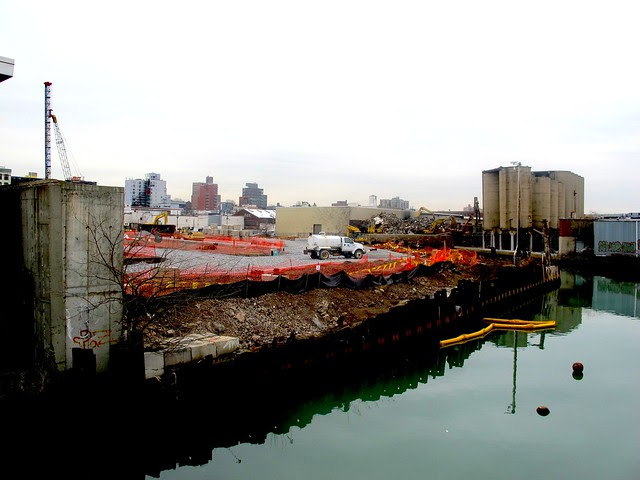 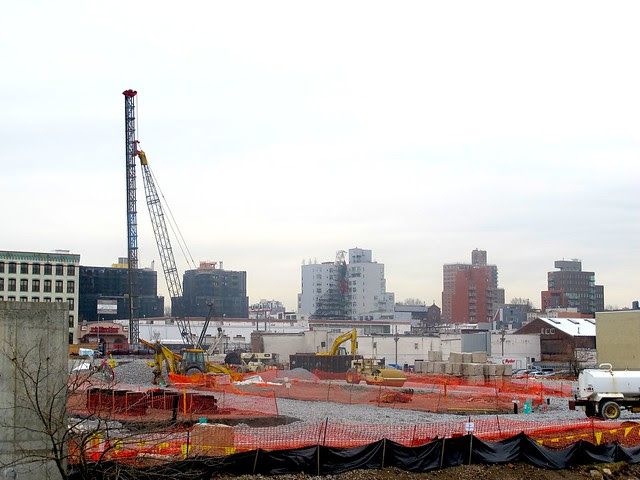 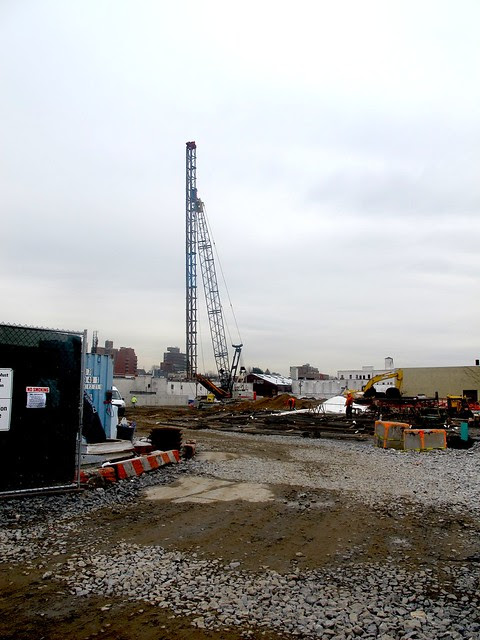 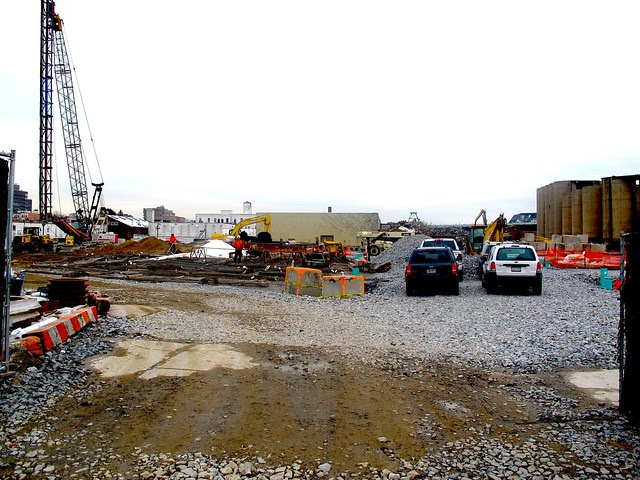 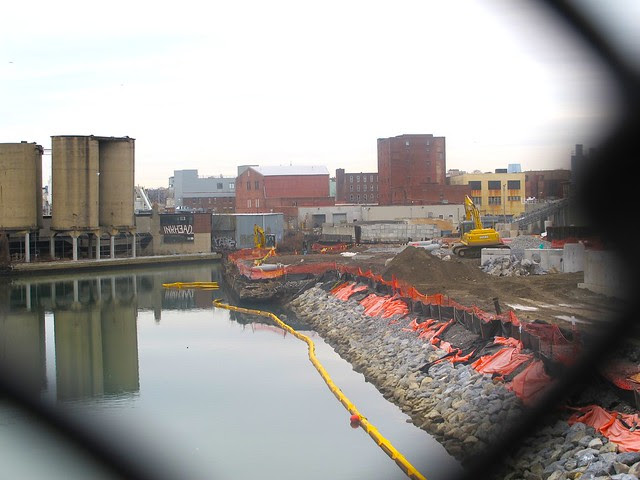 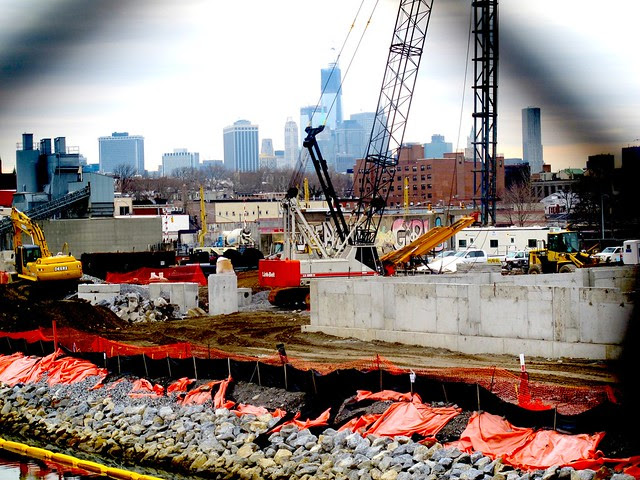 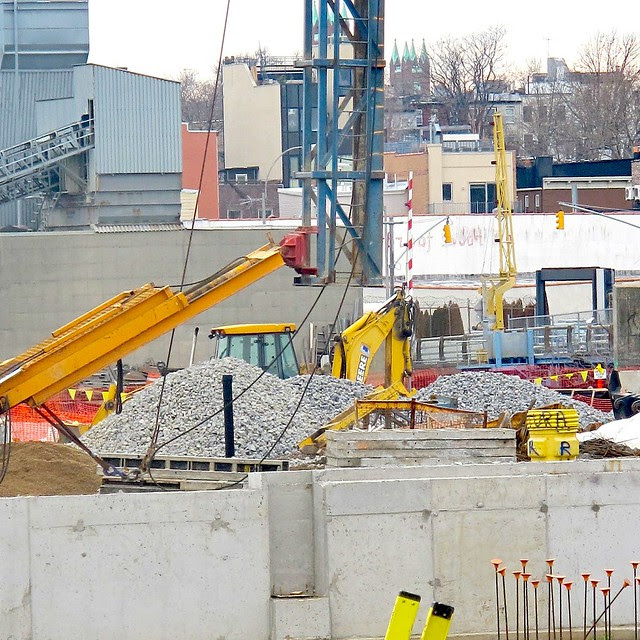 The foundation of the future store 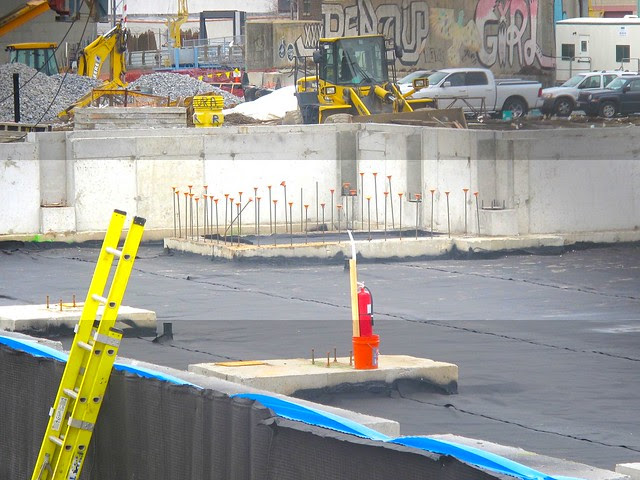 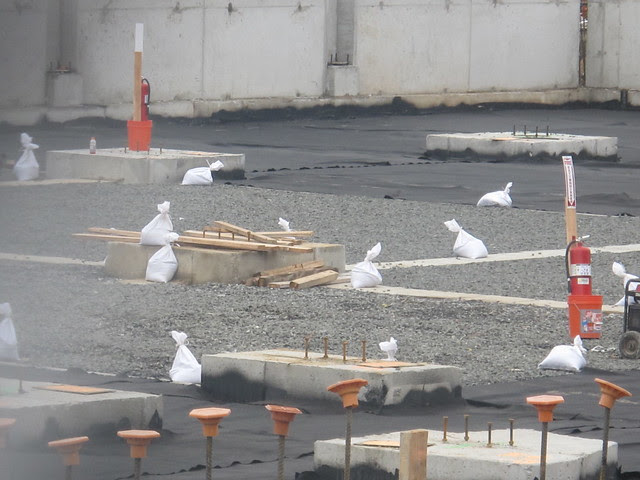 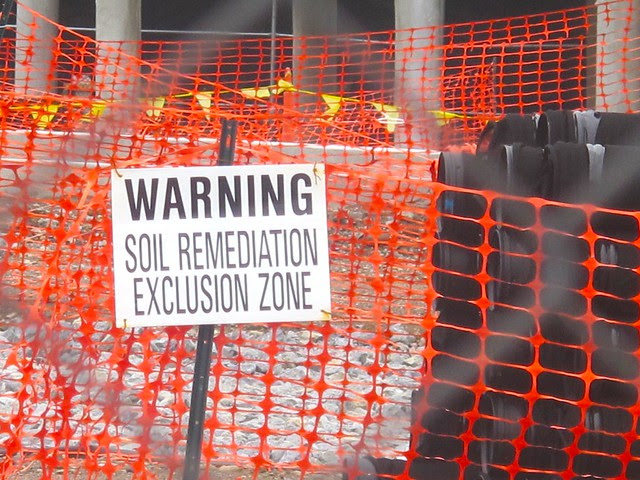 Work at the future Whole Foods Market site at Third Avenue and Third Street and Gowanus has progressed quite a bit over the last few weeks.

The approximately 2.15 acre lot on the shores of the Gowanus Canal has now been fully remediated under the Brownfield Clean-Up Program and underground tanks and soil impacted with contaminants have been excavated and disposed of.

The site, originally comprised of a conglomeration of urban fill unsuitable for load bearing, had varying street elevations and a grade change of up to 12 feet'. In the last few weeks, the land has been backfilled and graded.

Towards Third Avenue, the foundation for the actual store has already been poured.
Crews are currently applying the heavy duty waterproofing material needed because of the high water table at that location. The site also lies in a Flood Zone A.

I was a bit curious about the "Warning Soil Remediation Exclusion sign" that is still prominently displayed on the lot towards the Canal, especially since I had heard that the clean-up had been completed.

I sent the photo to the Environmental Protection Agency Region 2 office to inquire. The agency reached out to BL Companies, the architectural engineering contractor at the Gowanus Canal site.

Here is the response:

"BL Company clarified that remediation of the site is complete. They also clarified that the sign “Soil Remediation Exclusion Zone” should read “Warning Exclusion Zone”. Exclusion zones are set up on the site during construction activities to prevent unqualified/unauthorized personnel from entering specific areas of the site. Apparently, there was an oversight and the existing signs will be replaced with new ones accordingly."